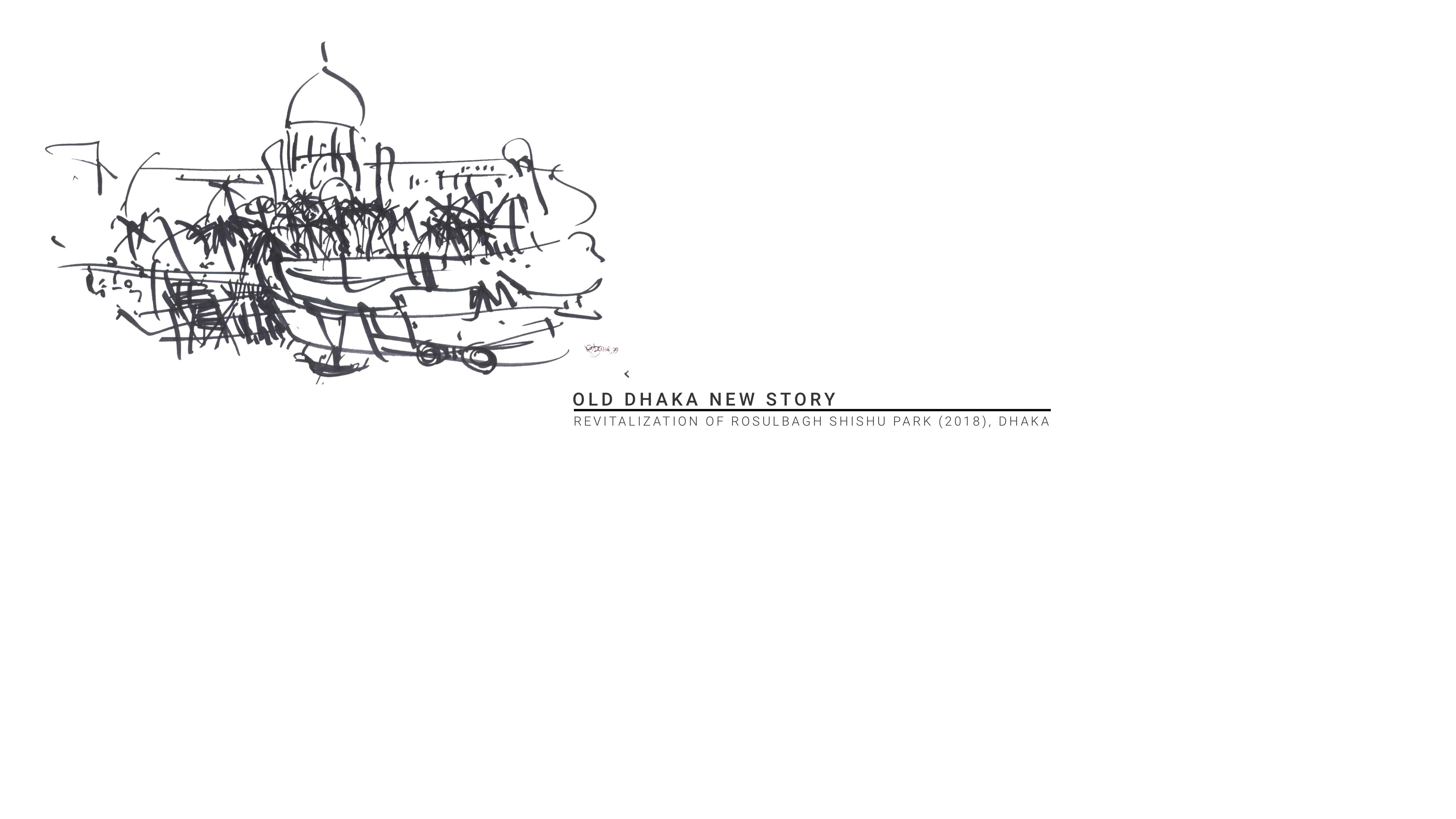 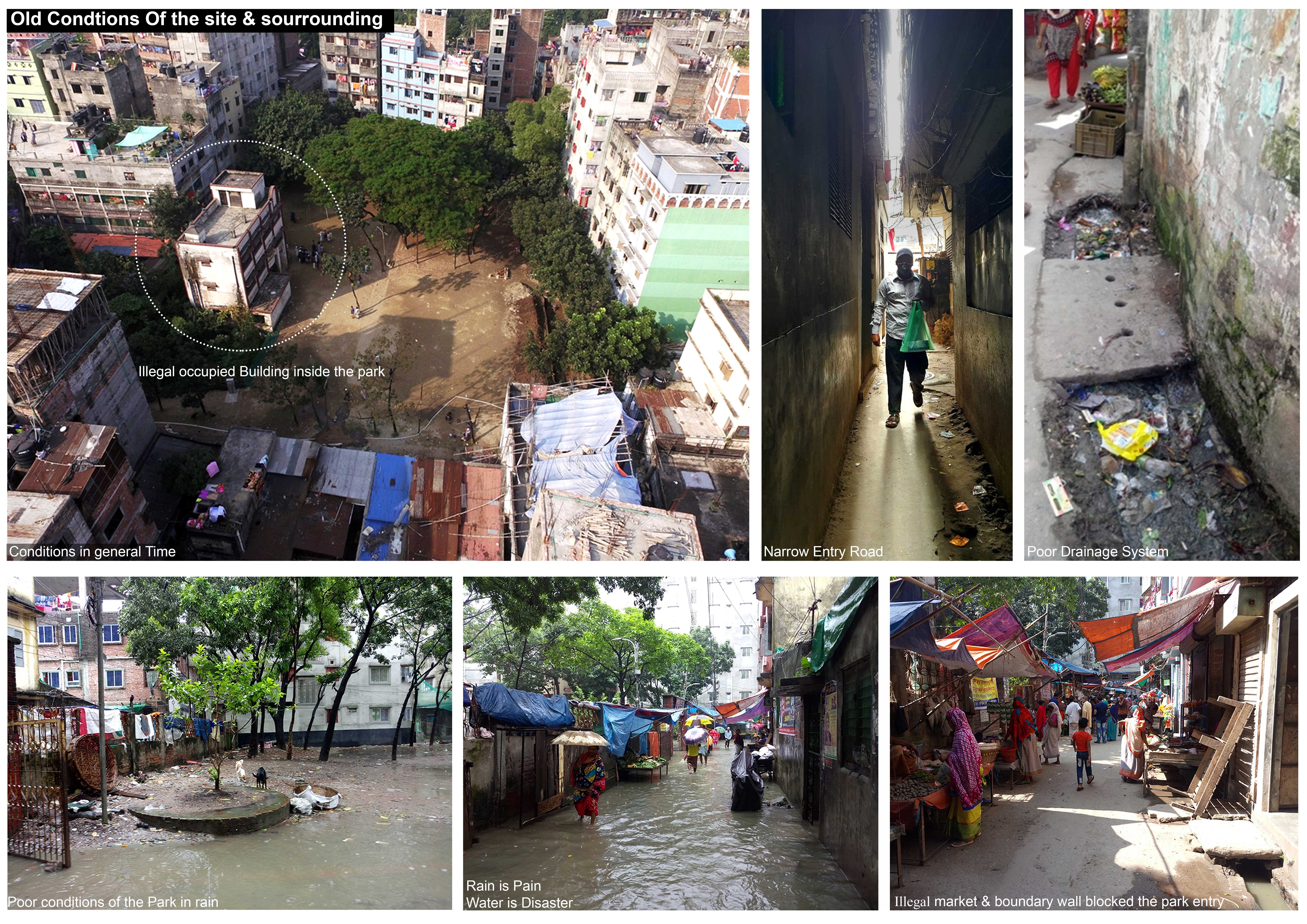 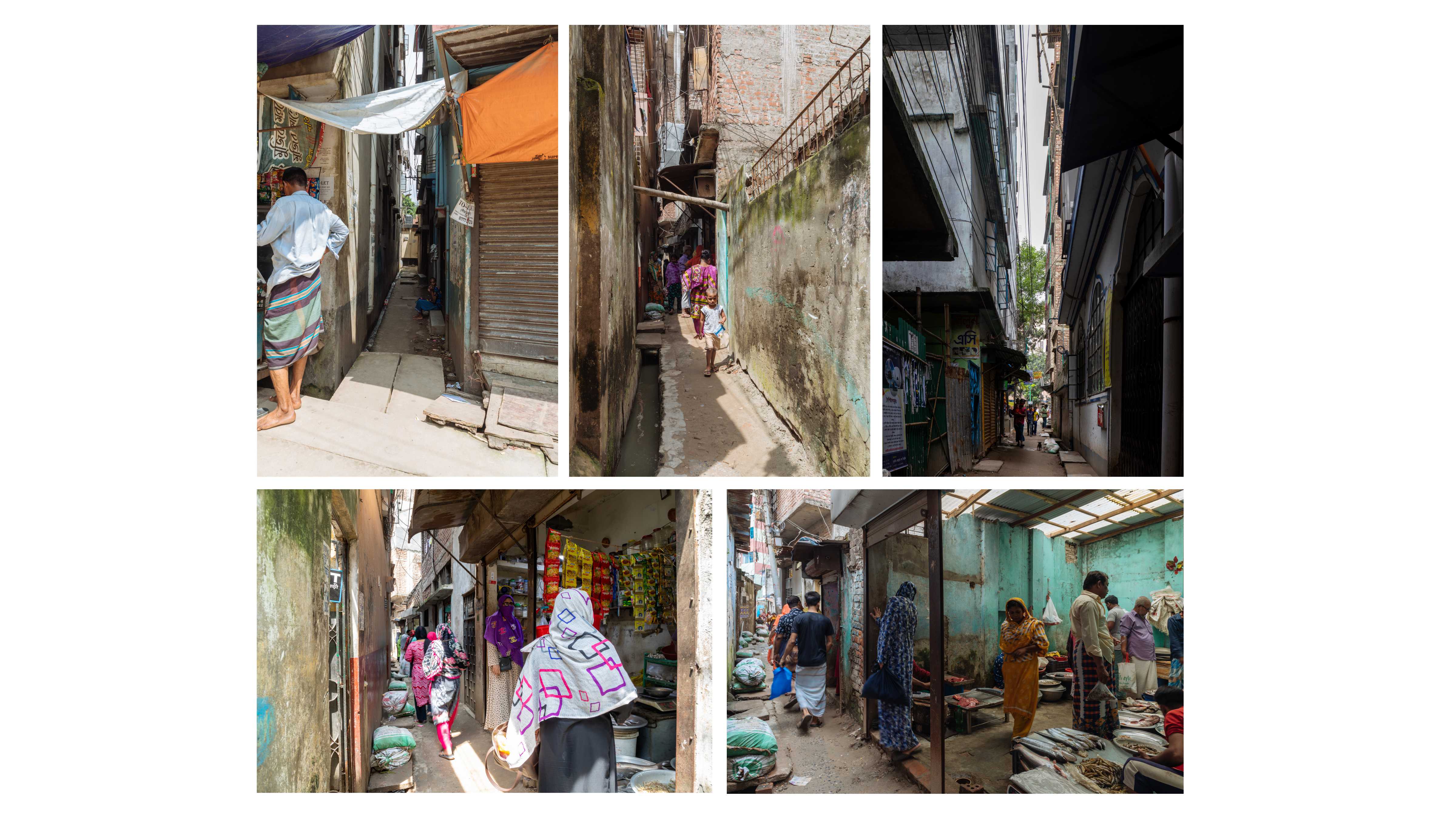 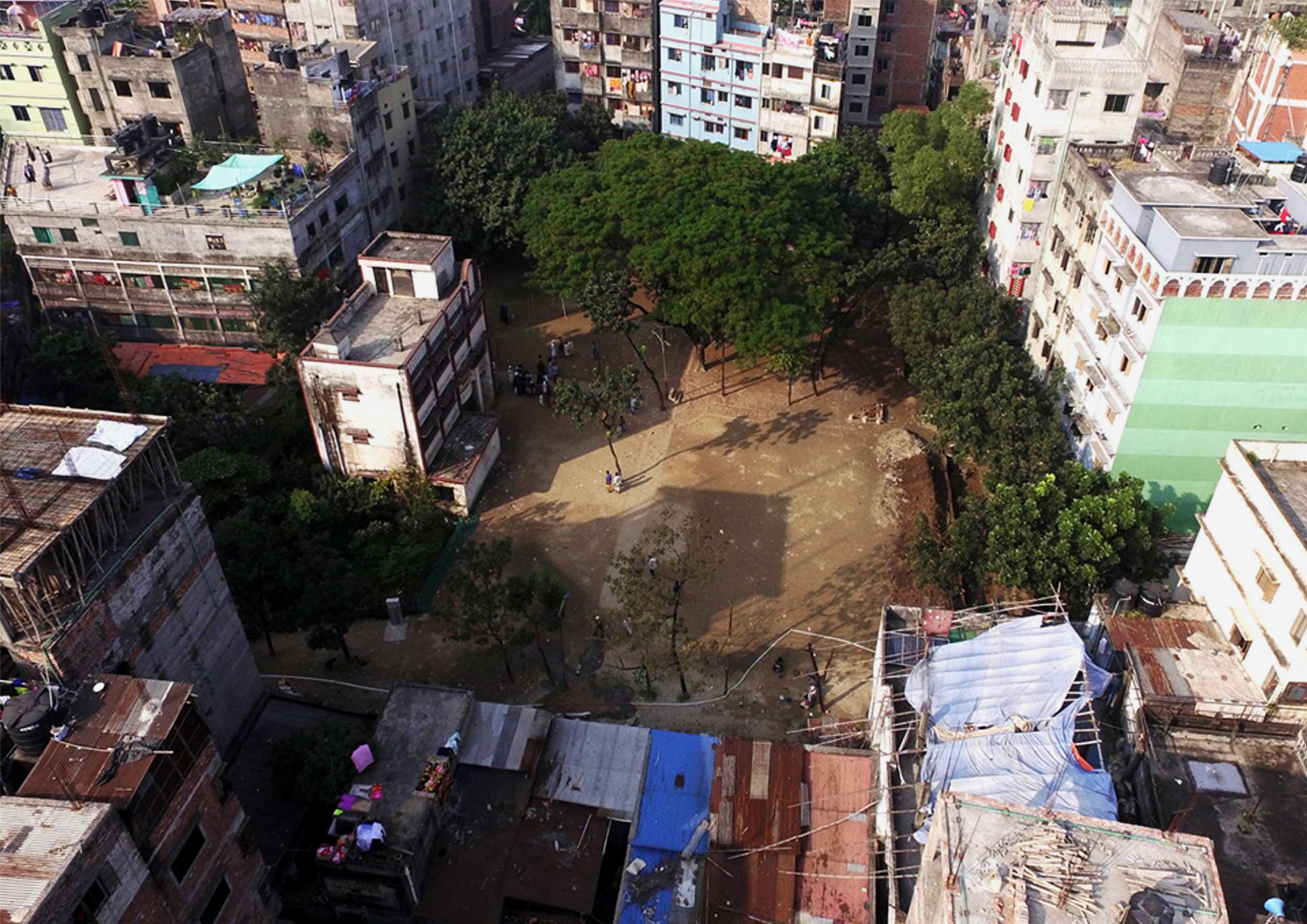 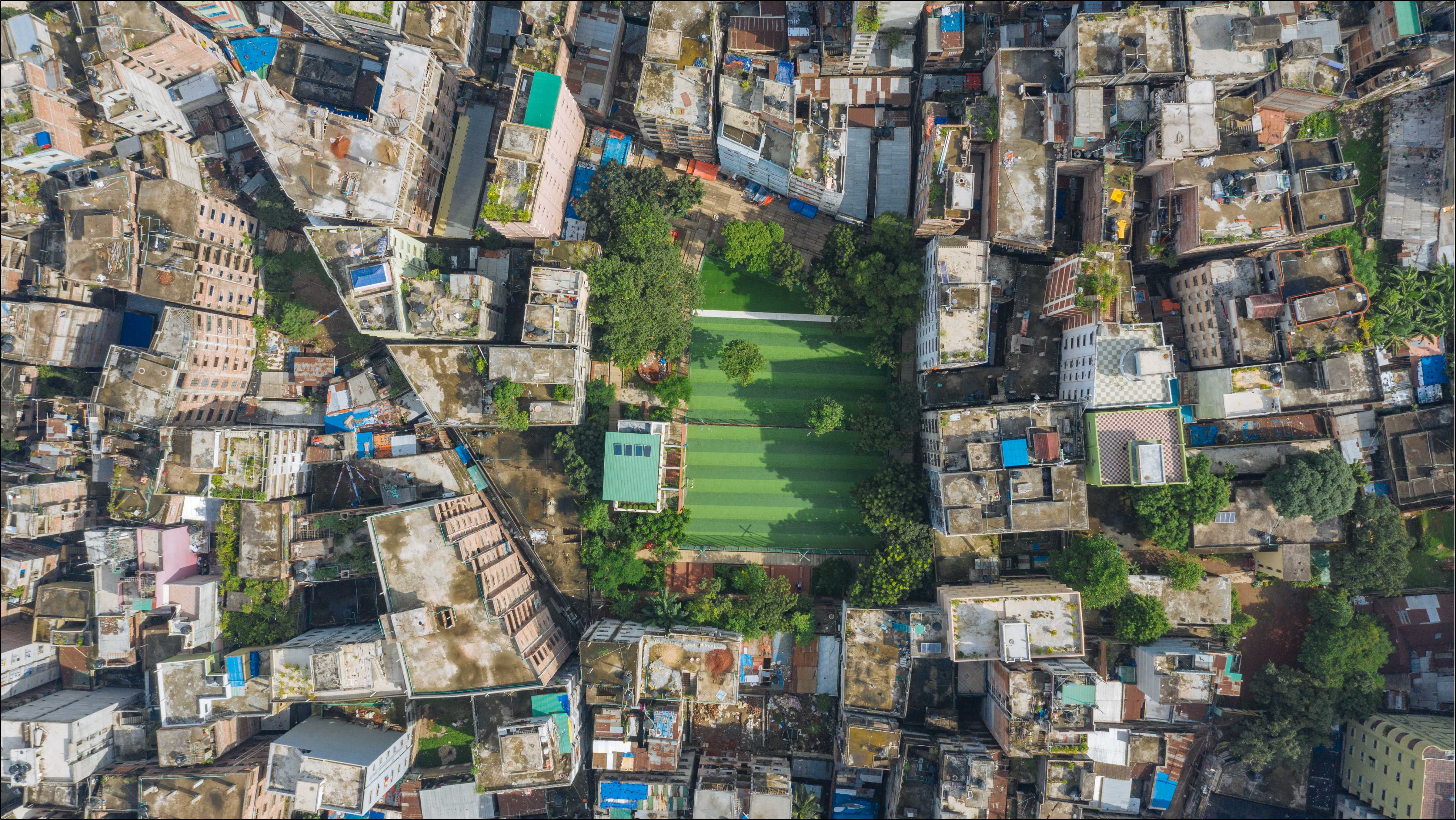 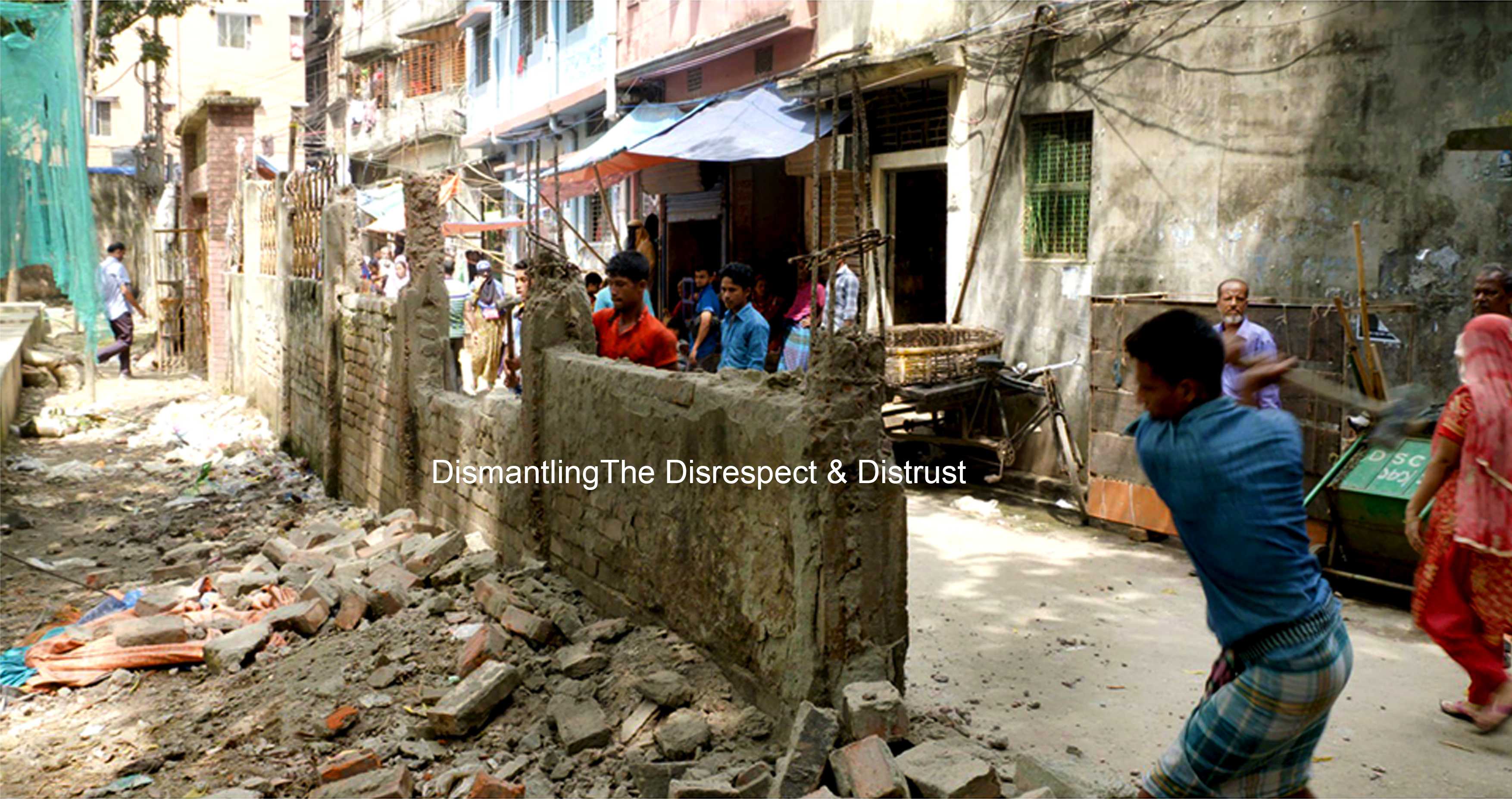 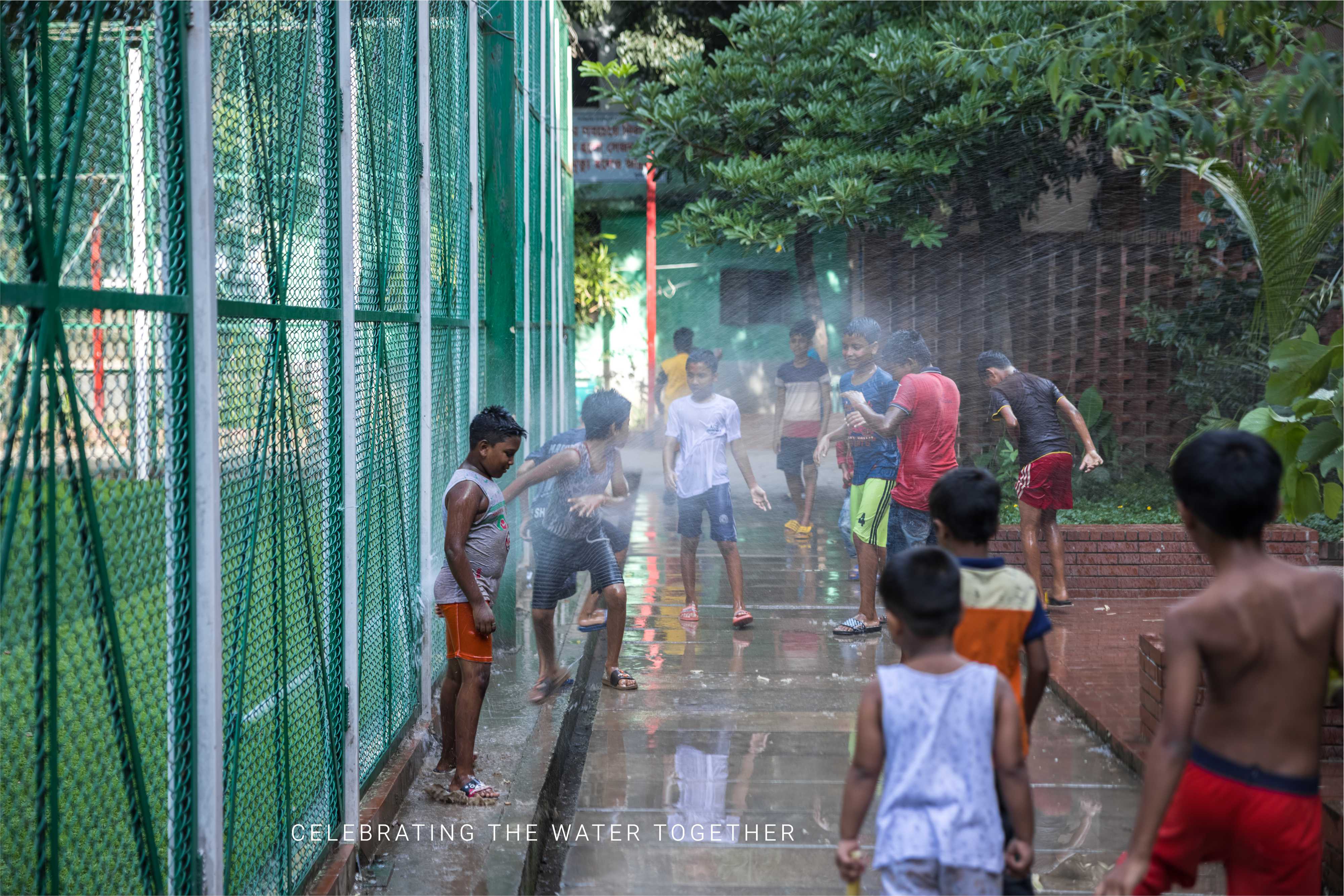 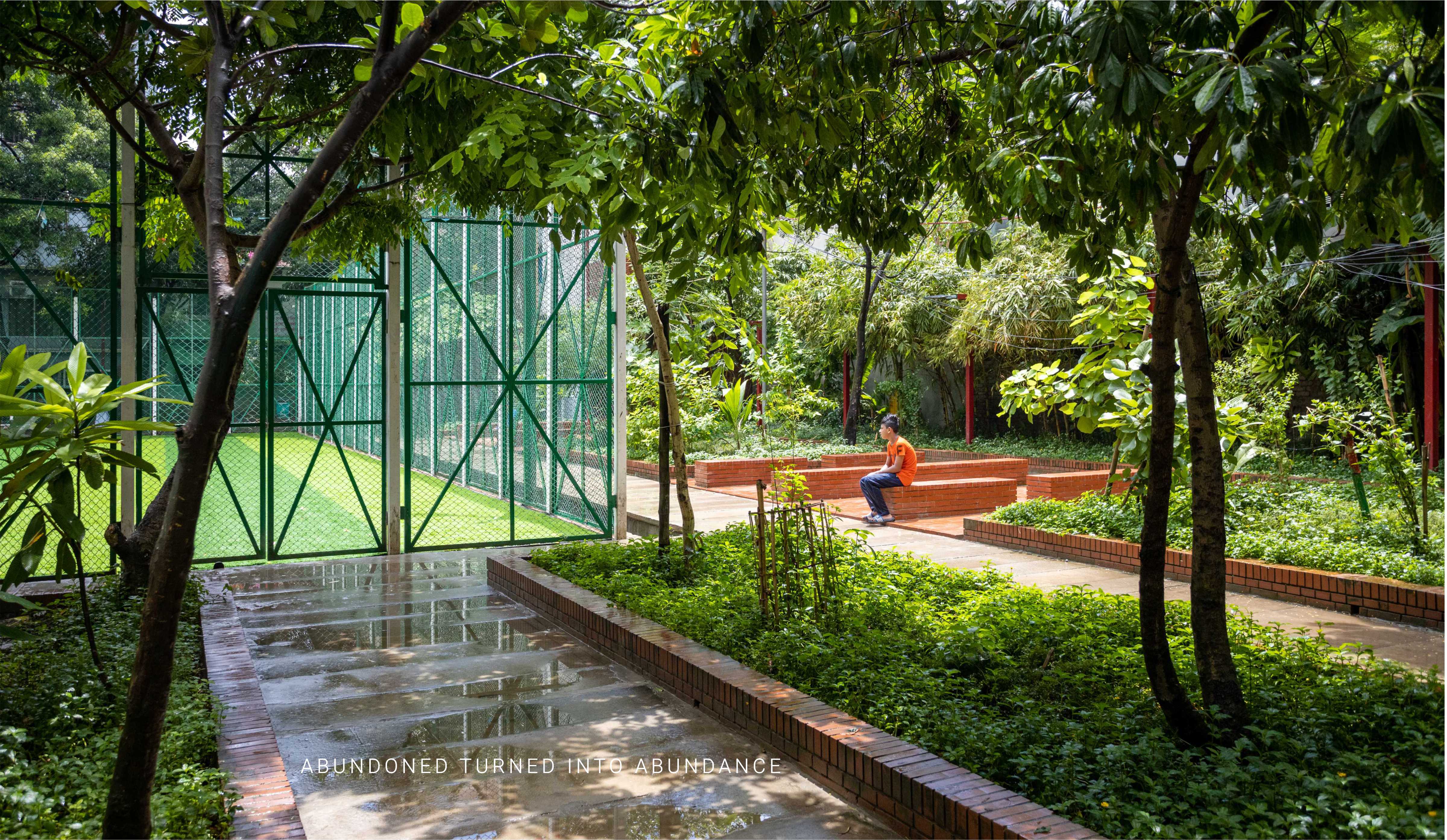 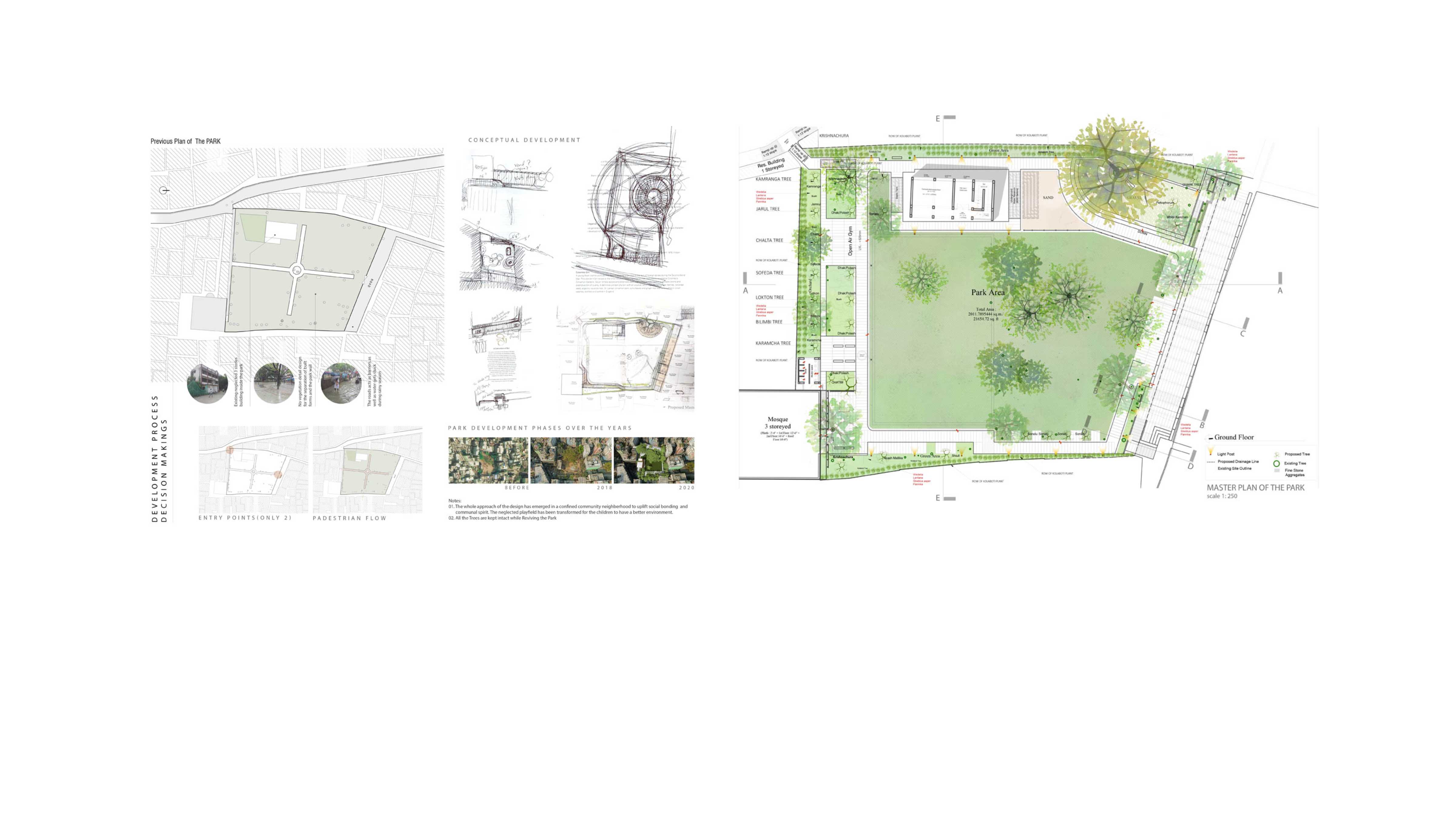 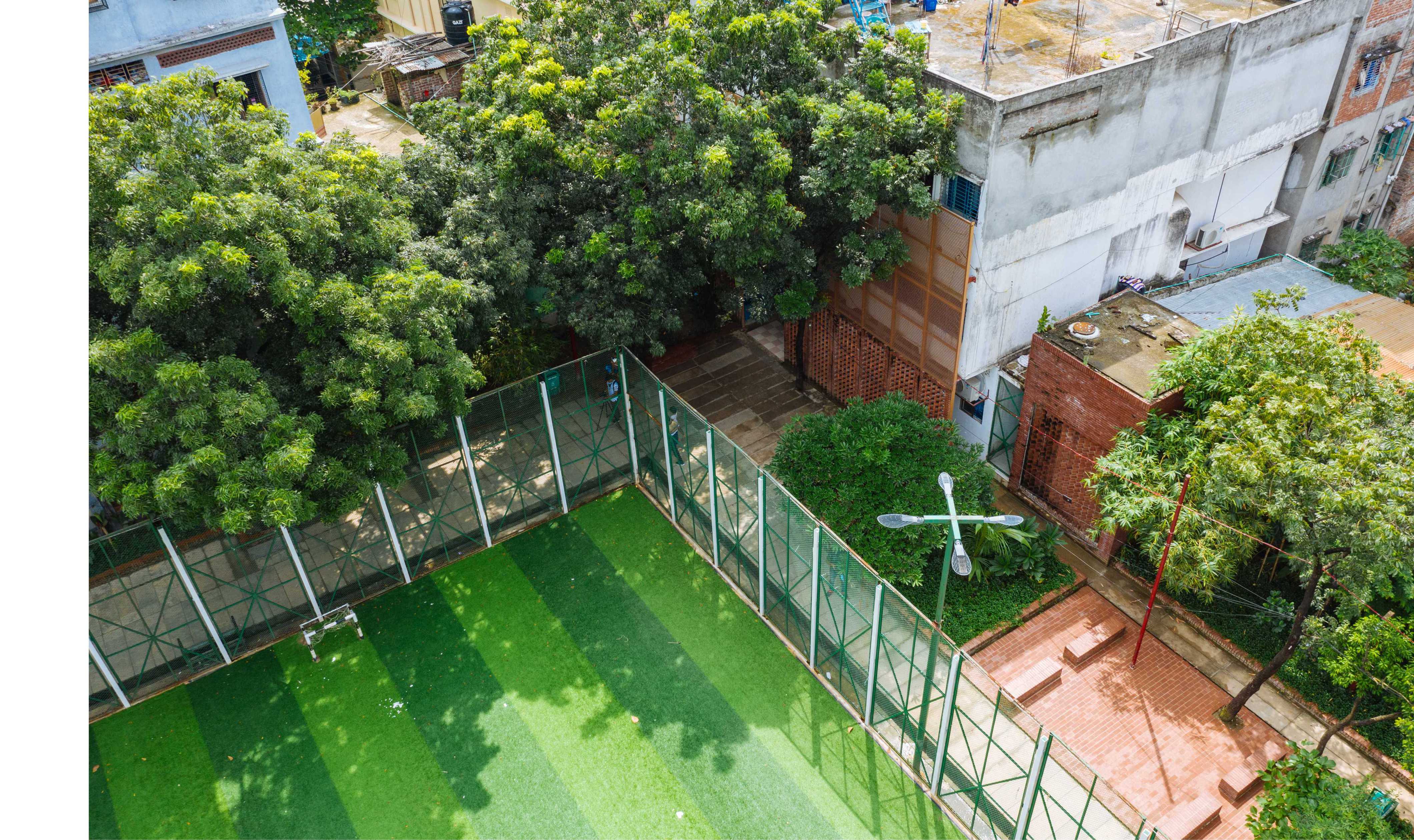 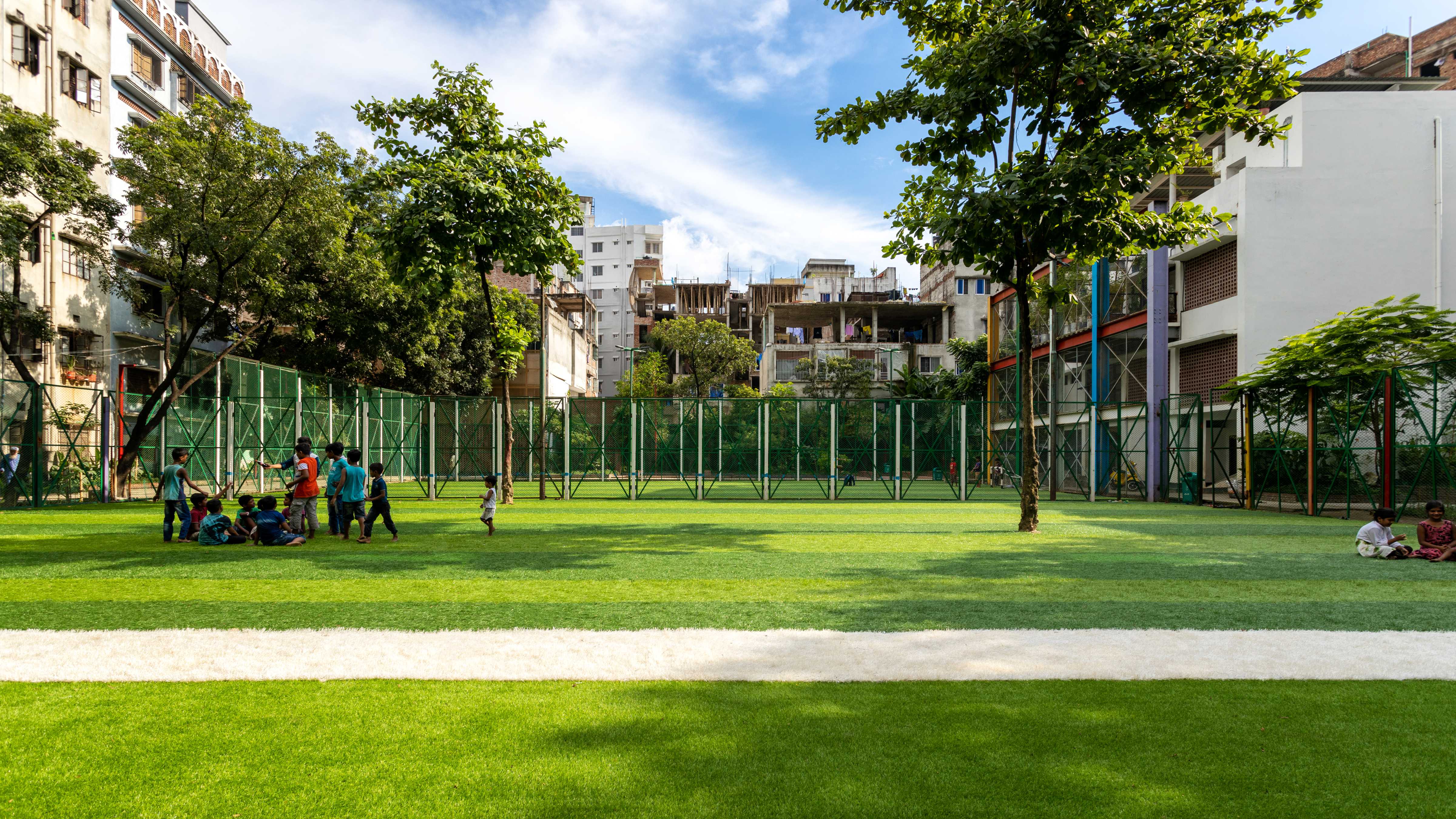 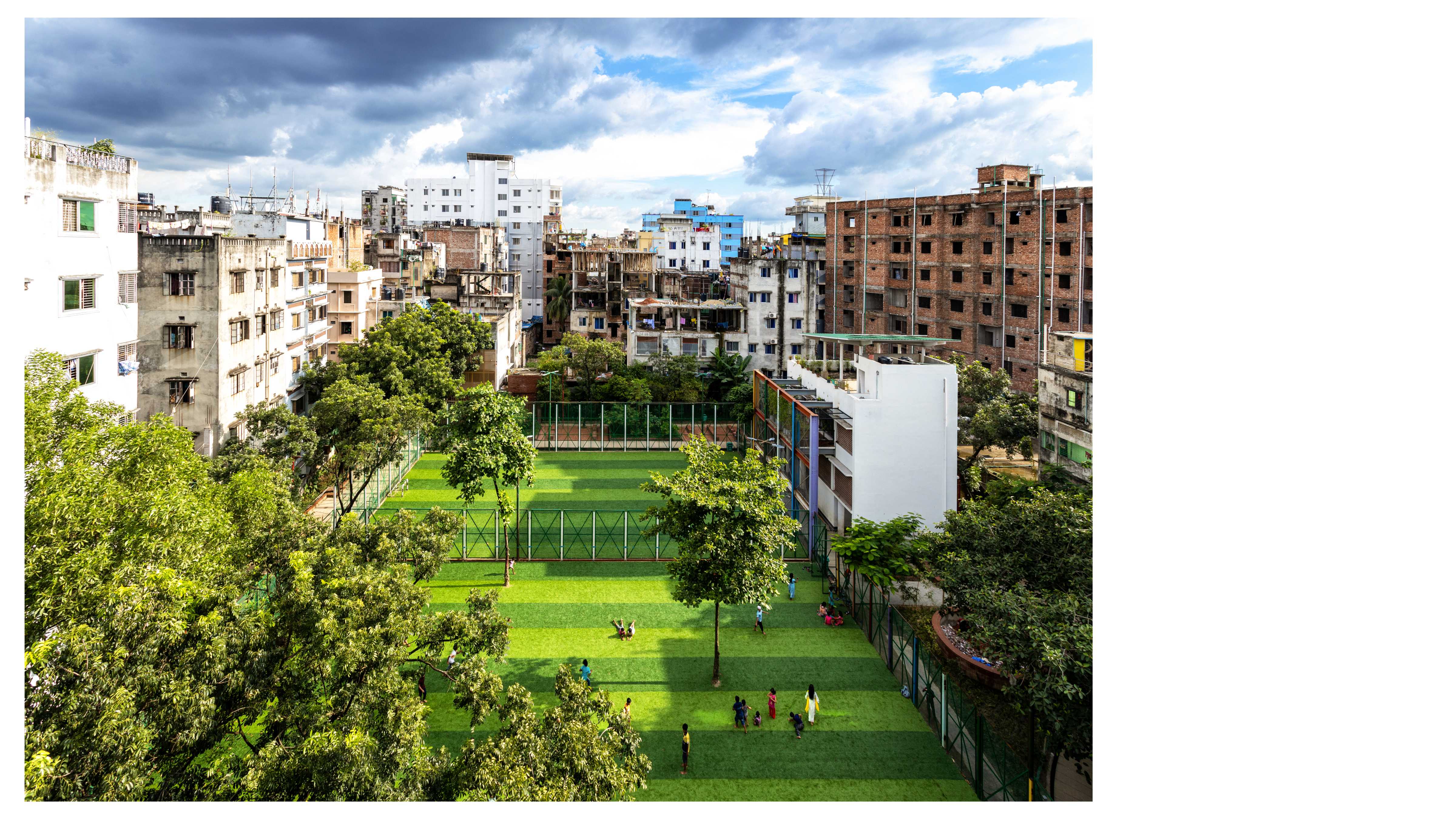 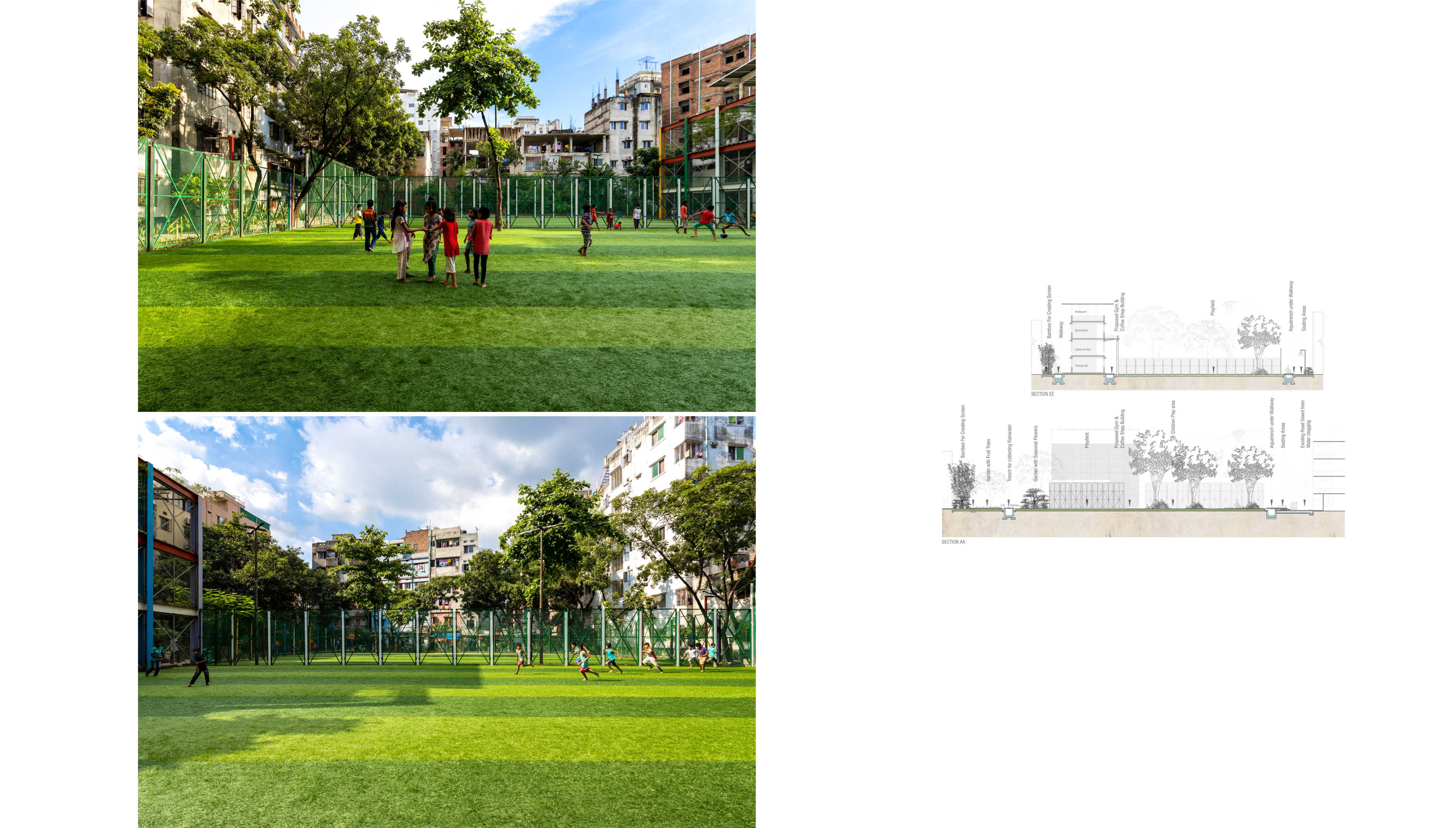 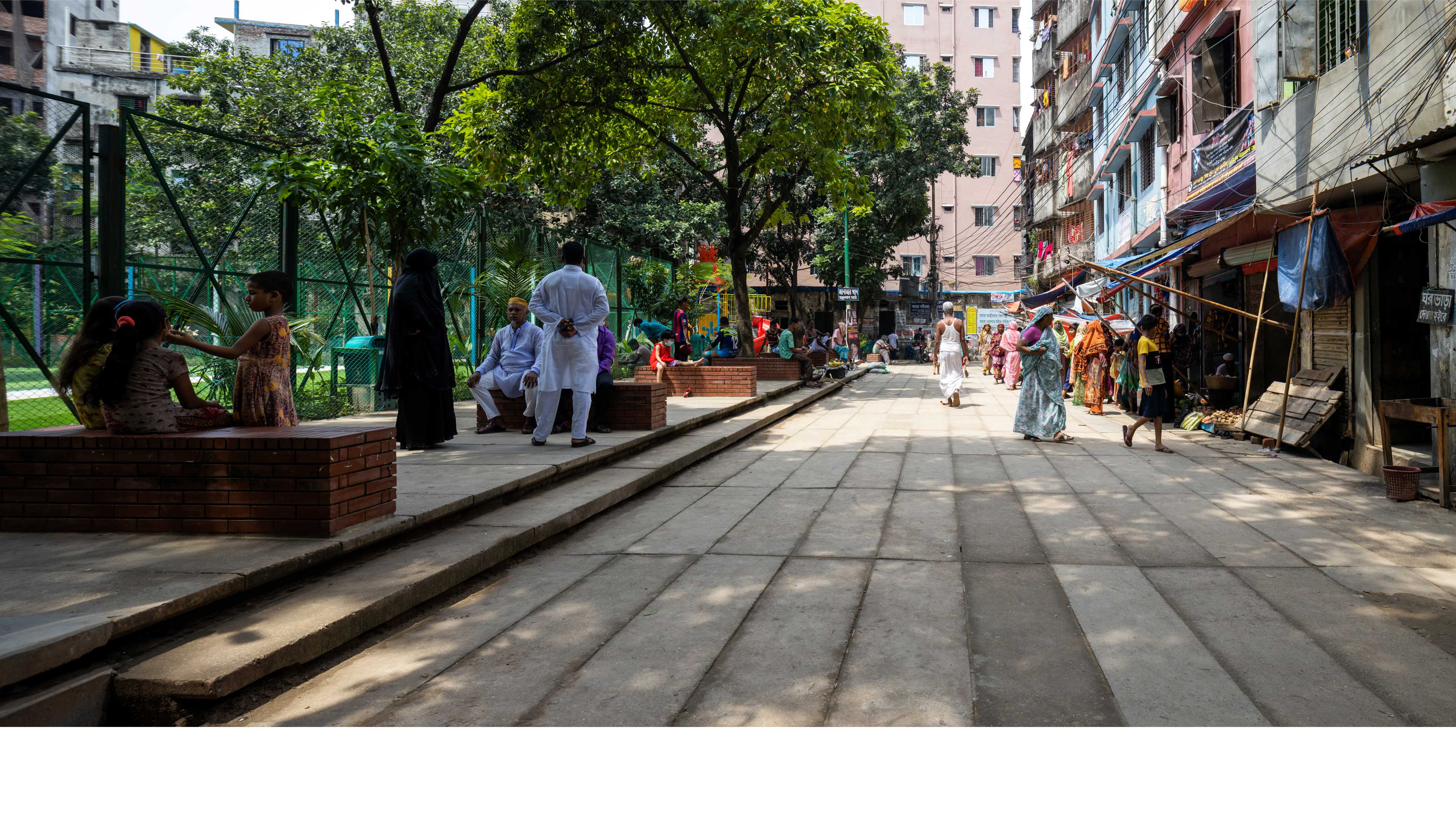 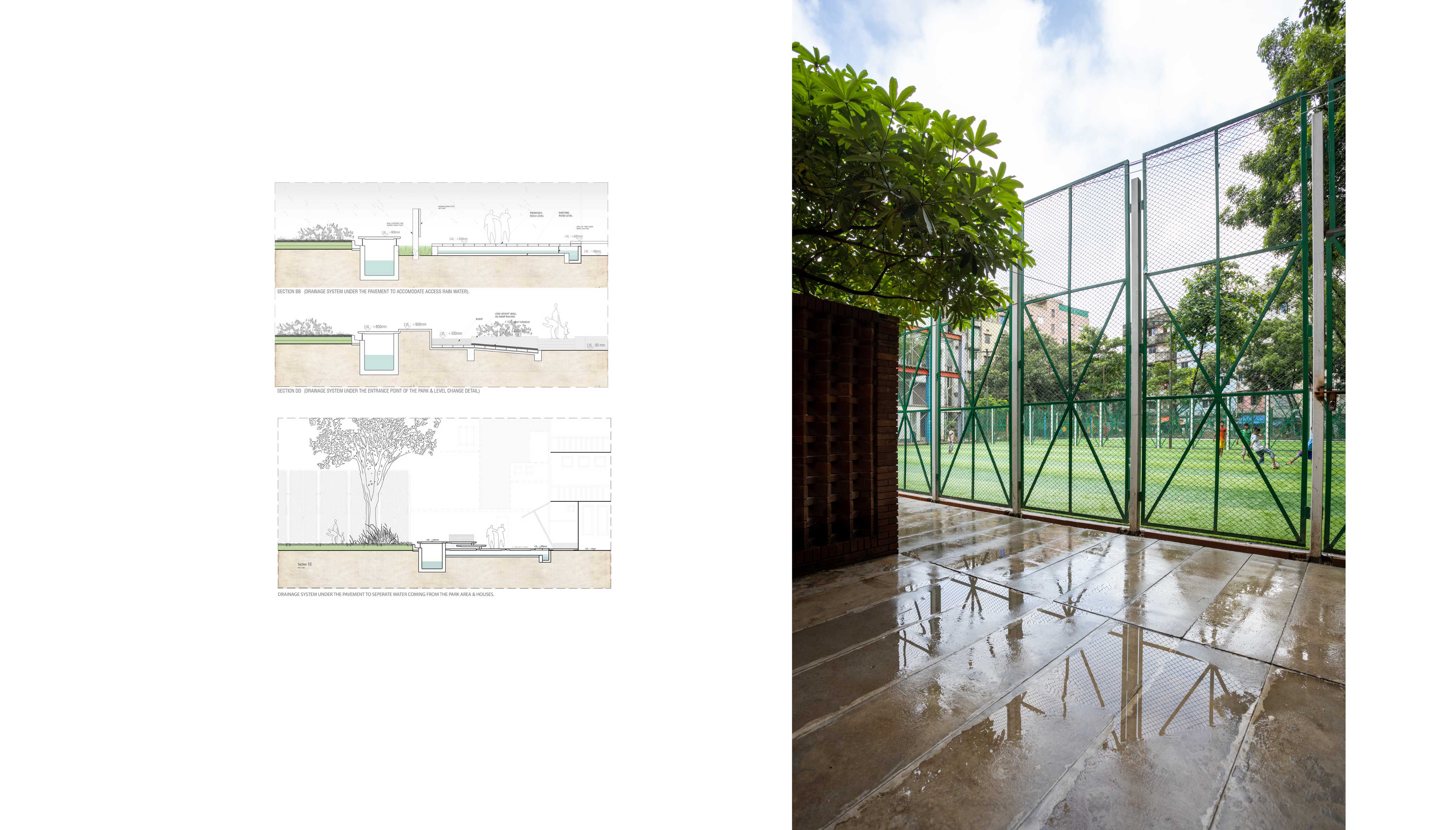 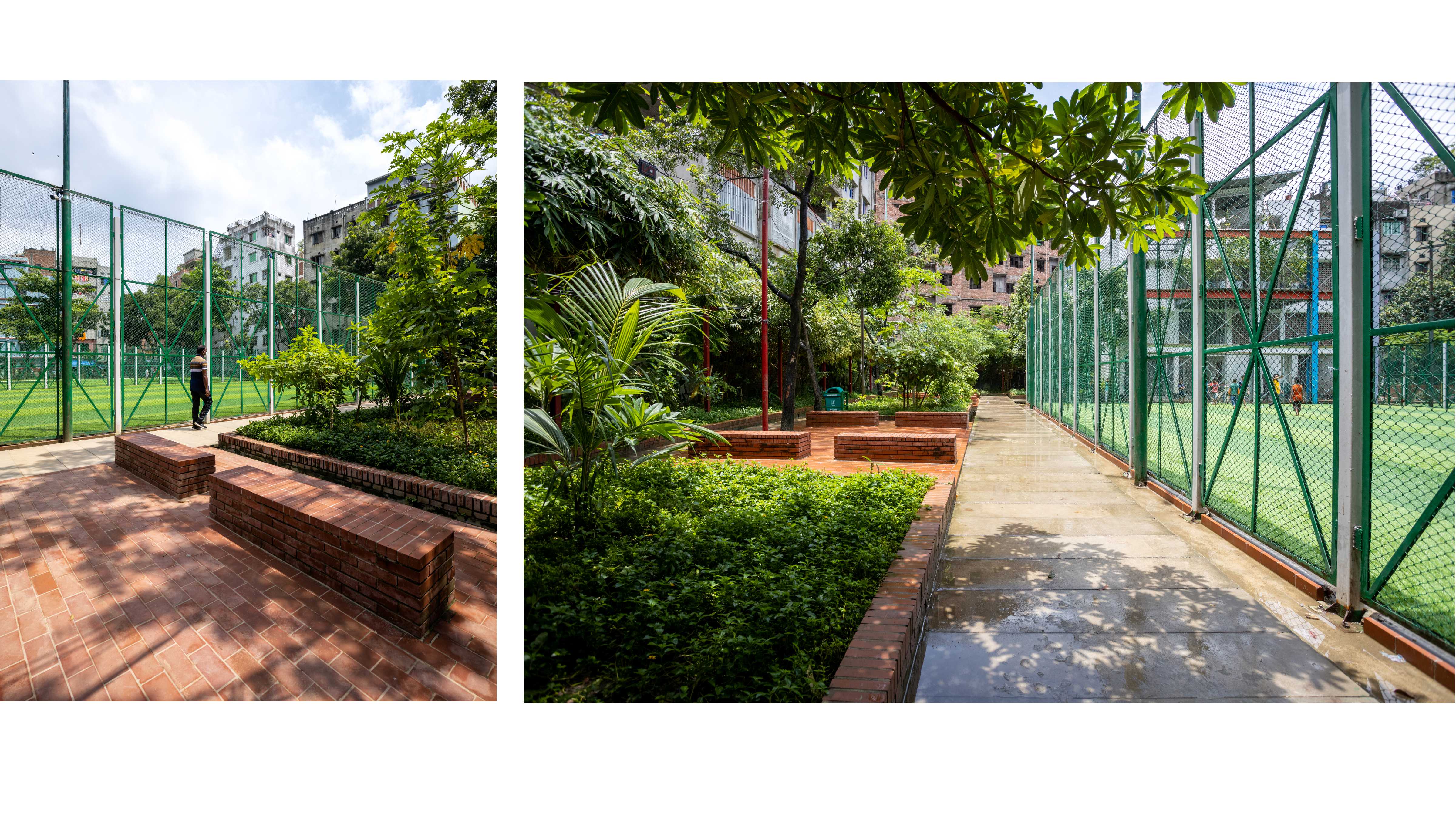 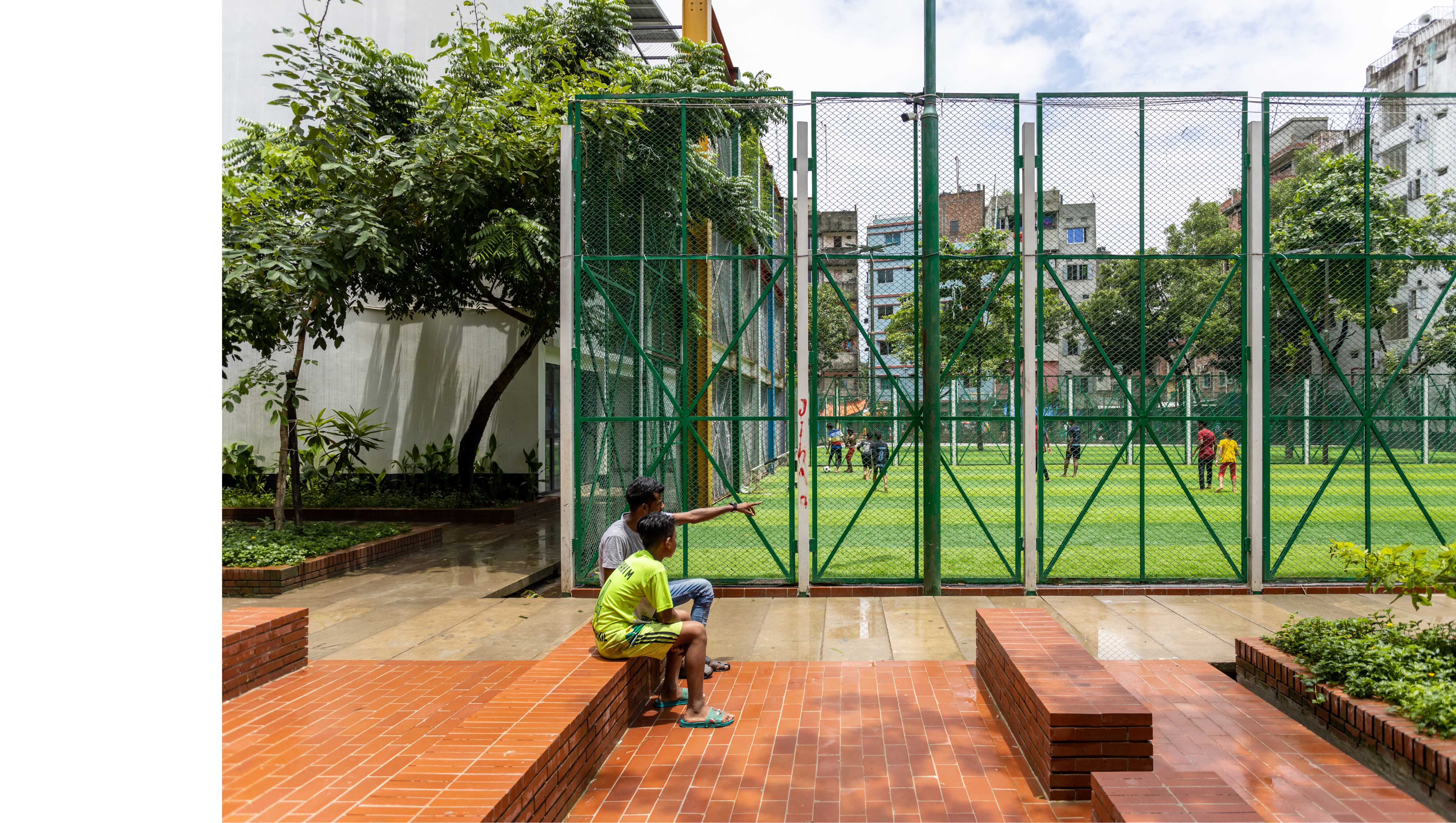 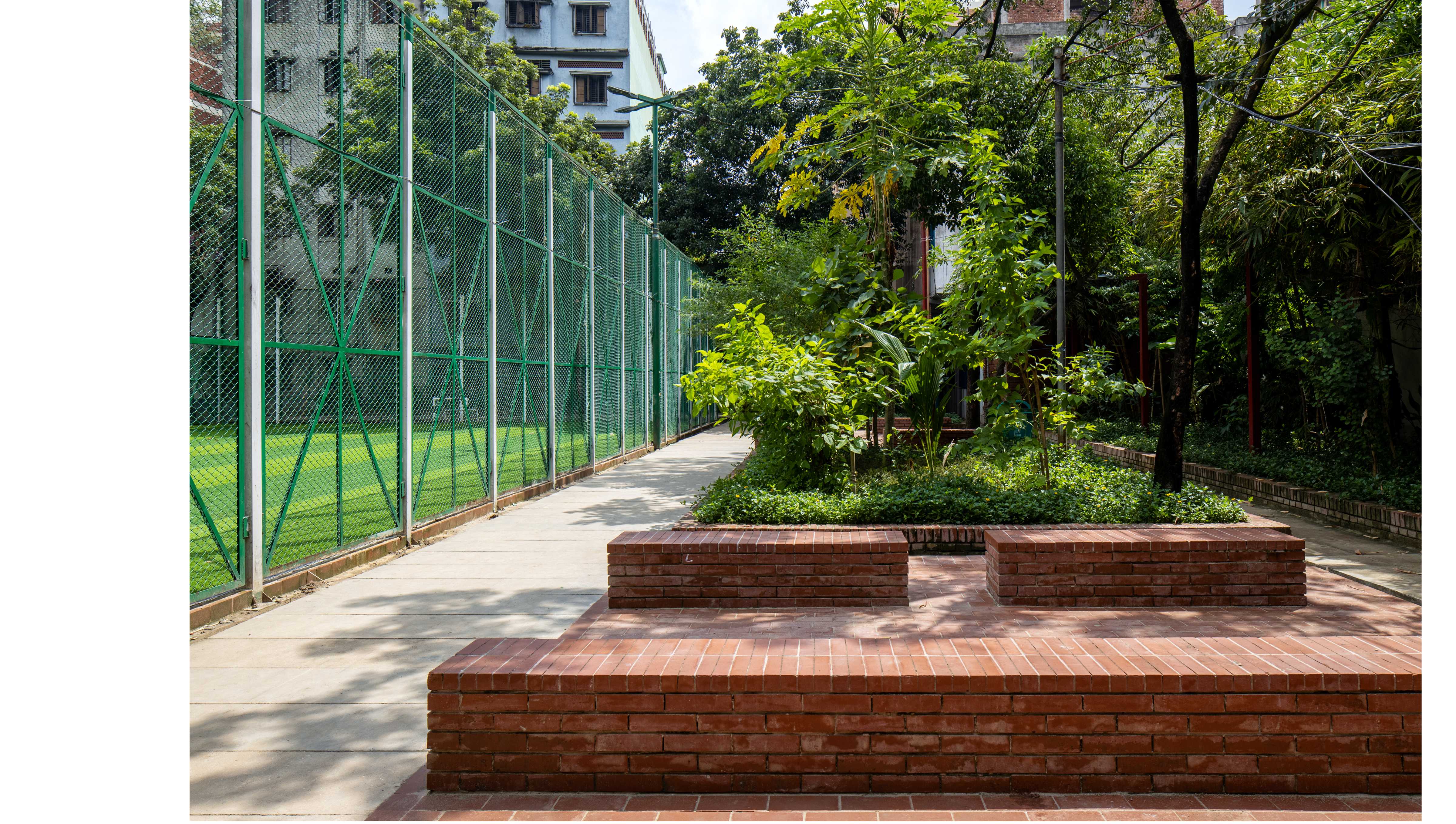 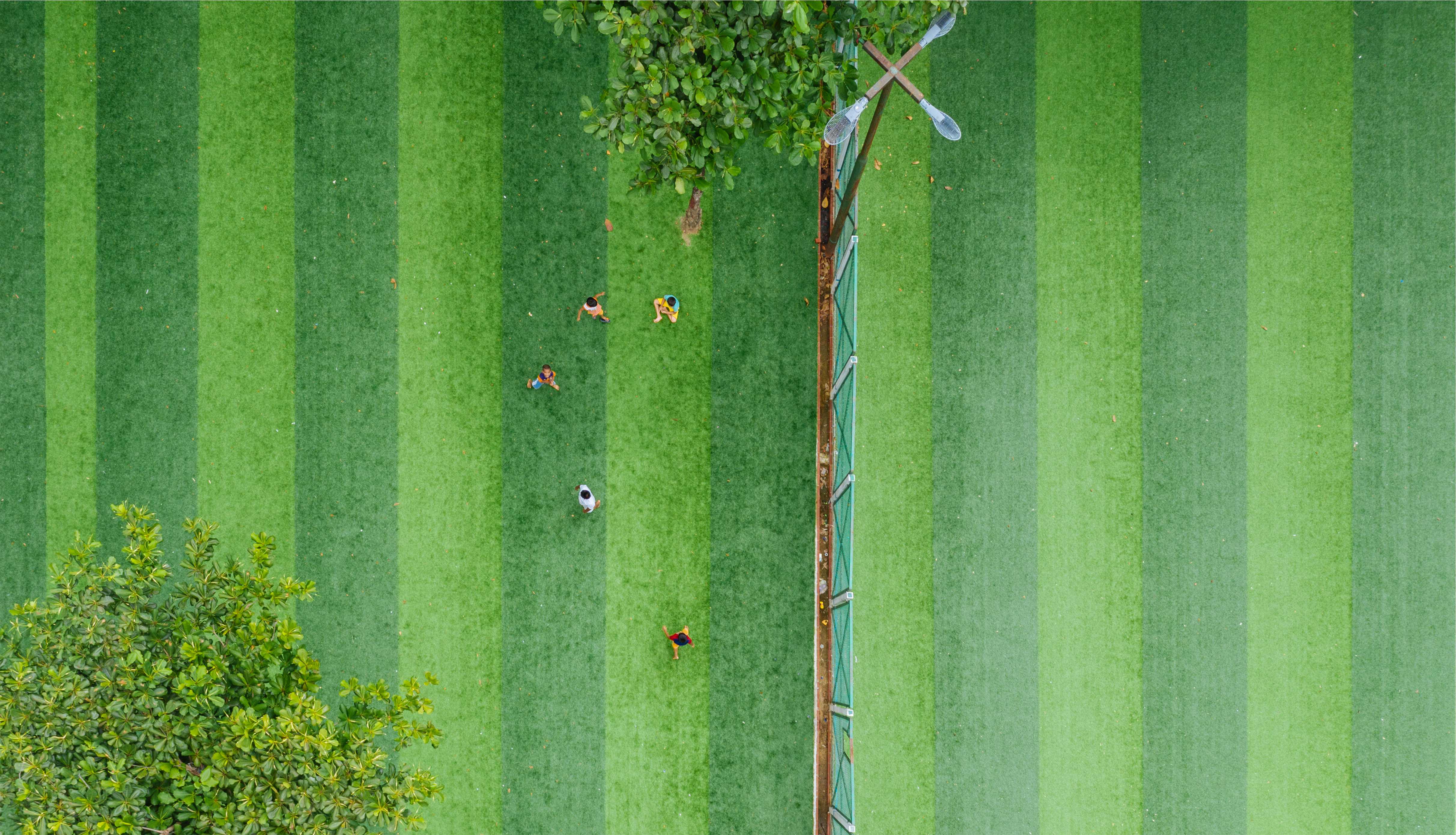 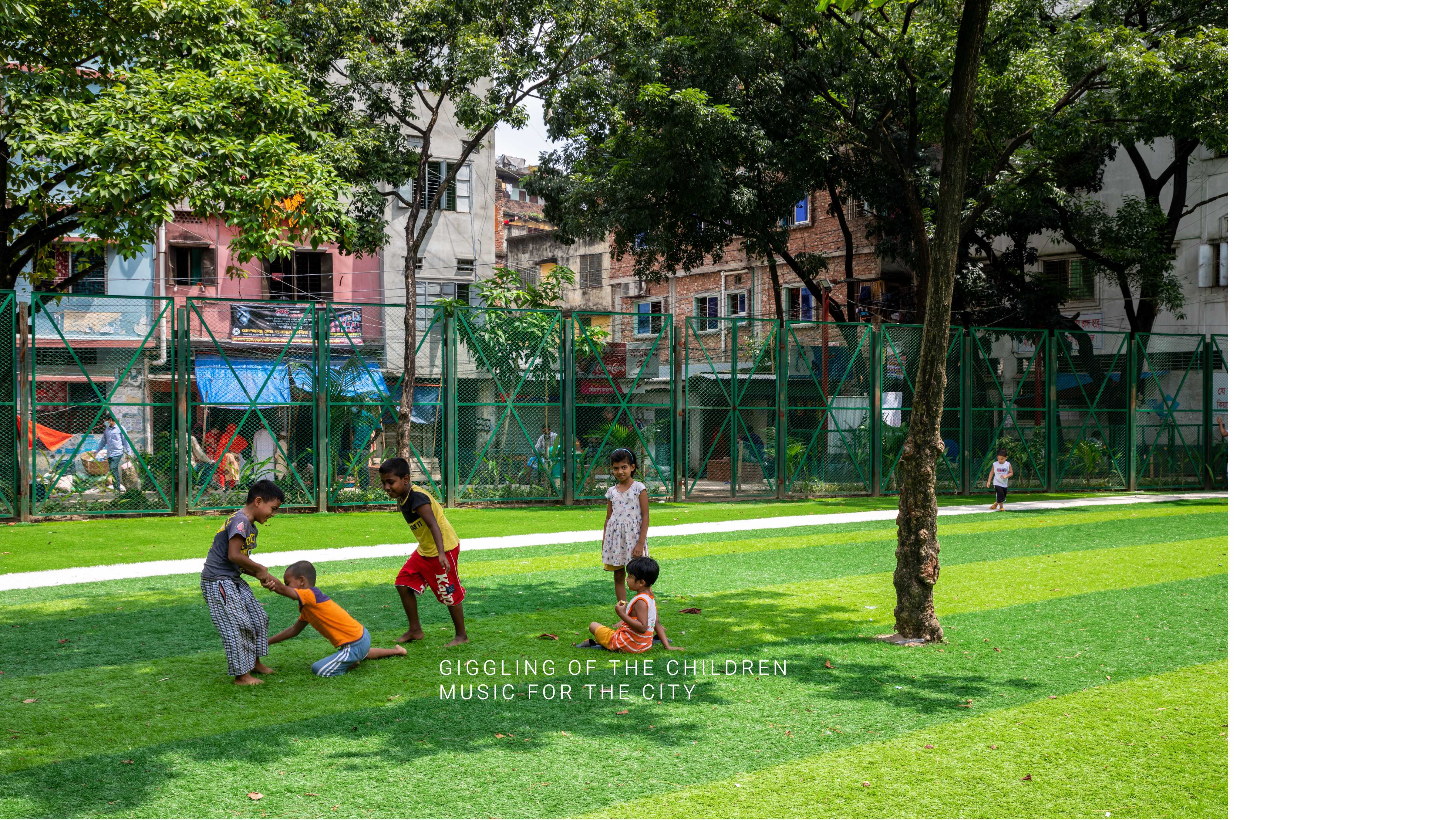 Rasulbag Shishu Park is one of the revitalization projects of Dhaka South City Corporation to develop green spaces for communal activities which will help society become mentally, physically, and poetically enlightened. The Park situated is situated at Azimpur, Old Dhaka was one such park that suffered from neglect and poor design. The park was isolated and features no direct access to any main roads. It is surrounded by residential buildings on all sides leaving up to 3’ wide alleys between them as the only way for locals to reach it. The only entry points were at the southwest corner and along the northern wall with the only adjacent road being against said wall. This north road was congested with makeshift shops and tea stalls which further hampered access. A three-storied abandoned building, built west inside the park, was illegally occupied.

After renovation, the park now boasts a proper open field for sports, cricket practice spaces, a children’s playground, a pavilion, a 500’ walkway, a public plaza for people to rest, a library, a gymnasium, a coffee shop, a community hall, an Eidgah, and public restrooms. It has become a truly welcoming and family-friendly space that fulfills multiple roles to the benefit of its community.

To engage the community in the renovation, several meetings and public hearings had been arranged. During the hearing, the plans had been presented to the entire community to make sure everybody was on board with the initiative. Once the design was finalized and approved by all concerned parties, the renovations began with the removal of the north wall.

With the barrier removed, the north road was incorporated into the park and remade into a promenade directly accessed by all attached alleys, granting easier access from that side. Additionally, we added ramps to the southwest entrance for wheelchair users. Rainwater collection trenches 5’ deep 4’ wide were dug around the borders of the park and covered using 1100 NOS 6’ x 1.5’ RCC slabs to form peripheral walkways. We also placed numerous benches around the park for convenient seating.

We built new drainage and piping systems underneath the park to allow new grass to grow on the previously dead soil. The new promenade was constructed at a 1.5’ elevation to allow room for a component of the new drainage system – a temporary sewage hold – that controls the flow of sewage and slowly expels it through a narrow drain. The rainwater collection trenches also act as aqueducts that divert rainwater away from sewage ducts and carry it into a new filtration system.

The previously abandoned veterinarian clinic was thoroughly renovated inside and out and was repurposed into a multi-functional building. The ground floor of the building contains the filter room which houses the new filtration system. The upper floors contain a gym, community hall, and a coffee shop with roof access.

The mosque, adjacent to the park, also received renovations but only to the exterior in the form of a facelift. A space for ablutions was added adjacent to it for convenience and numerous decorative ablutions were placed around the park.

The park accommodates all forms of activities including sports, leisure, prayer, and even education. The improved fields and new play areas allow the park to live up to its designation of a “Shishu park”. All other pre-existing trees in the park were incorporated into the design; No trees were cut down during the entire process. The rows of orchards along the edges of the park consist mostly of Kolaboti trees which can grow up to 7’ tall, hiding the dilapidated walls and blending the park softly with its surroundings. Around the extreme edges of the park, various plants including Sofeda trees, Chalta trees, Carissa Carandas plants, Bilimbi trees, and many more have been planted to create an eco-friendly and aesthetically pleasing boundary. Additionally, all the new plants can soak up excess water to aid in keeping the area dry during the rainy seasons. All collected rainwater goes straight to the filtration system and is stored in an underground reservoir, ready for distribution.

A public tap yard located on the ground floor of the renovated building serves as the primary distribution point for the collected water and is of course free of charge. The park’s new design heavily emphasizes maintaining a healthy and clean environment, so waste/recycling bins are available to encourage that. However, the design alone is insufficient for the long-term maintenance of the park.